Culture in Quarantine // The Seventh Edition

The seventh special newsletter brings you information about current events in Czech culture and the overview of international reactions to the current state of affairs.

The way of distributing the set of measures, the importance of mapping of the current state of the cultural sector, unclear prospects for the summer festival season, more money for literature – Lubomír Zaorálek, the Minister of Culture, presented ongoing measures of the Ministry of Culture in the broadcast of Czech Radio Vltava on 22 April (more information here).

Survey on the impacts of the coronavirus on the cultural sector

Jakub Grosman from the Arts Management Department at the University of Economics presented the development of the research on the state of the cultural sector in association with COVID-19 in the broadcast of Czech Radio Vltava on 21 April.

The OSA (Ochranný svaz autorský) brings a list of useful information and advice that can help get savvy about the current state and handle it better. Information (available here on the special microsite) focus on compensations of the already paid fees in the period of the state of emergency, and the help from the EU aimed at those represented by the OSA.

What is discussed in international theatre 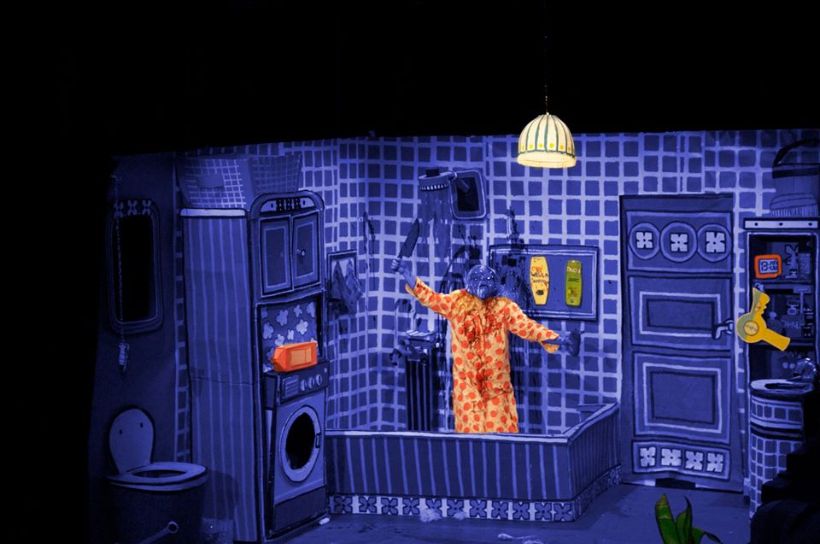 In his “Segal Talk”, the icon of American theatre Richard Schechner appealed to stage classic and contemporary plays about “the redefinition and reconfiguration of the social contract as a result of the SARS-CoV-19 pandemic”, along with actors’ participation. The series of interviews with distinguished representatives of performing arts was initiated by Frank Hentschker, the director of the Martin E. Segal Theater Center in New York, and artists from all around the world speak about political and social impacts of the epidemics, as well as theatre and dance production in the times of social distancing. This week’s guests also included the NT Gent artistic director Milo Rau, and the playwright Guillermo Calderón from Chile. Interviews take place online every day at noon EDT.

After canceling many important European theatre festivals, such as Festival Avignon, Edinburgh Festival Fringe, and Kunstenfestival des Arts v Brussels, another one has become part of the group: the festival of the contemporary German drama Stücke – Mülheimer Theatertage has been canceled as well. The festival will offer a one-week program “Authors in the Net” from 16 to 24 May as compensation, with short film portraits, interviews, readings, and excerpts from performances by contemporary playwrights. The digital space will also be occupied by the traditional translation workshop, dealing with the contemporary Germany drama, organized by the German Center of the ITI.

The pandemic is also a topic for the new theatre plays. The Croatian portal drame.hr in cooperation with the Association of Theatre Authors and Playwrights, Kazaliště journal, and the Croatian center of the ITI initiated the project Monovid-19, with 19 participating Croatian playwrights. Their monologues do not only focus on the changes of everyday habits and relationships but also on the social and political system we have been forced to live in through several weeks of our lives with the pandemic SARS-CoV-19. The portal drame.hr weekly publishes one of the monologues, which will be later published in the Kazalište journal.

The Abbey Theatre in Ireland had a similar idea back in March. In the project “Dear Ireland” to keep the artistic production going, the theatre invited 50 authors from Ireland and other countries to participate in the nation-wide conversation about what we want to be to one another, how our society should look like, what misses our attention, where we are heading. The monologues will be later performed by 50 Irish actors. The final works will be streamed on the theatre’s YouTube channel from 28 April to 1 May. One of the participating artists is Enda Walsh, whose plays are staged in the Czech Republic as well.

Martina Pecková Černá, the head of the International Cooperation Department at the ATI, wrote the international overview for the ATI portal divadlo.cz (available here).

Italian theatre in quarantine as seen by Hystrio journal

The ATI portal Divadlo.cz has published the article written by Tereza Sieglová, the Italian and theatre researcher, about the state of affairs in Italy (see here). The Italian theatre journal Hystrio wanted to celebrate 30 years since its foundation in this year’s second issue, yet it could not avoid reflecting the current extraordinary situation in theatres. The article depicts reactions from small independent theatres, virtual projects, dance activities, and various types of help, such as the campaign #iosonomecenate (#Iamthepatron), the project “buy today, watch tomorrow”, or the tool of the Italian Ministry of Culture ArtBonus, which allows deducting the donations from the taxes. Apart from the special set of measures and specific ways to help culture and tourism, the Ministry of Culture in Italy has created many campaigns: #iorestoacasa (#istayathome) on the YouTube channel, with short videos shot in cultural sights and institutions. It also launched the website La cultura non si ferma! (Culture won’t Stop!), which maps online activities in regions in five areas – museums, books, film, music, education, and theatre. It also participates in the campaign #ioleggoacasa (#ireadathome) with some of the museums making available rare and unavailable issues of popular comic books.

The reaction of Polish theatremakers and academia to the present situation

The ATI portal Divadlo.cz published the article written by Anna Gnot from the Institute for Czech Literature, Academy of Sciences of the Czech Republic, dealing with the state of affairs in Poland (you can read it here). Three initiatives of Polish theatre artists and academic researchers draw attention to the cease of operation in Polish cultural institutes and art schools related to the coronavirus pandemic.

The Labor Union of the Association of Polish Theatre Directors sent an open letter to the Minister of Culture and National Heritage Piotr Gliński and the State Secretary Wanda Winogrodska. Although the directors appreciated the grant program “Culture in the Net” (Kultura w sieci), they also address many issues associated with it.

Another open letter was written by the Initiative of Playwrights and Dramaturgs. Its main mission was to approach Polish theatre workers and students of theatre to map issues caused by the special measures related to the pandemic – interrupted projects, suspended salaries, and other issues that may not be directly related to the pandemic, yet are the long-term problems in the sector of performing arts. The initiative was founded after discussions with the Labor Union of the Association of Polish Directors to get feedback not only from theatremakers, but also to establish connections with other partners, as well as to get the legal identity in looking for the conceptual solutions to the challenges in Polish performing arts. The letter also includes the questionnaire for theatremakers, focused on the influence of the current state on their work and career.

The initiative “Alert Kultura” is part of the Open Eyes Economy Summit and the College of Economy and Public Administration at the University of Economics in Krakow. The group of professionals draws attention to the share of culture in the national economy. The signatories emphasize the need to introduce supporting measures in three areas: maintaining the creative potential in the cultural sector and related sectors, providing the conditions and rules necessary for cultural activities on digital platforms (including the change in the distribution of money gained from publishing pieces of art in favor of the authors), as well as consolidation and integration of cultural organizations linked to the support of professional solidarity. Measures in the three areas will lead to the confirmation of the status of culture as an important part of society, but it will also contribute to a social truce when dealing with the future impacts of the pandemic.

International Dance Day has traditionally celebrated on 29 April since 1982. This day is an opportunity to think about the value and importance of dance as an art form and address the governments, politicians, and institutions that have not acknowledged its value for human societies and individuals, as well as the potential for the economic growth to draw attention to the importance of theatre. The authors of the message have been Merce Cunningham, Sasha Waltz, Maya Plisecka, Anne Teresa De Keerskmaeker, and Trisha Brown.  The South African dancer, actor, choreographer, and dance teacher Gregory Vuyani Maquoma was approached to perform the honorary task this year. You can read the message on the website of the Czech Centre of the ITI (International Theatre Institute).

Thank you for your support.
Previous newsletters are here.
Please send us your tips at press@idu.cz.
Take care,
your IDU
♡

Culture in Quarantine // The Eight Edition

Culture in Quarantine // The Sixth Edition

The sixth special newsletter brings you information about the recently passed set of measures proposed by the Minister of Culture, a summary of more government measures related to people in culture, which was submitted by the Ministry of Culture. We also list reactions to the current state from the International...