Prague’s Theatre Night to take place in more than 45 locations on Saturday, 16 November 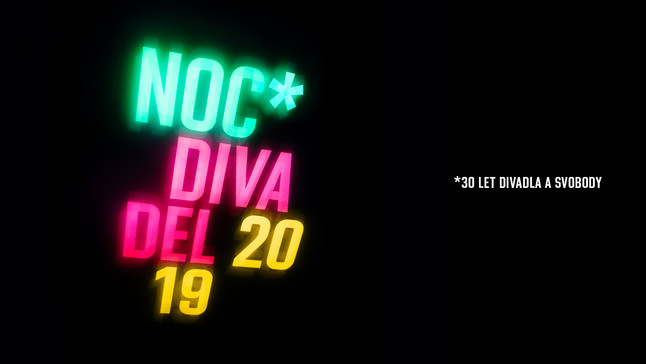 A backstage tour of Lanterna Magika, a family scavenger hunt at ATI, the exhibition Theatre and Revolution at Komedie Theatre, an encounter with the actors of Theatre Ypsilon, a discussion titled Do We Know the Prince of Freedom?! in Ponec Theatre, a staged reading of spectators’ letters in Theatre on the Balustrade and much more. The third Saturday in November will again see the biggest theatrical celebration of the year! The seventh edition of Theatre Night - this time with the theme “Theatre and Freedom” - will take place on 16 November 2019, the eve of the thirtieth anniversary of the Velvet Revolution. In Prague, Theatre Night will take place in more than 45 locations.

The biggest theatrical celebration in Europe will again offer remarkable experiences, prepared each year especially for the occasion. Each participating theatre has organised its contribution to the program, with its theme of the Velvet Revolution, independently. The seventh edition of this theatrical event will thus offer discussions with eyewitnesses and participants in the social and political changes after 1989, as well as lectures, exhibitions, installations, performances and many other events. DISK Theatre will get underway at 10:00, with the production of banners in the theatre’s set workshop. The day continues with an afternoon program featuring performances, concerts and a screening of the documentary Sametová FAMU (Velvet FAMU). In addition to improvisation workshops, Pod Palmovkou Theatre will offer backstage tours, which will run from 10:00-13:30. At 19:00, the Arts and Theatre Institute (ATI) will host the opening of its exhibition, Divadlo a svoboda – První dekáda nezávislosti českého divadla po roce 1989 (Theatre and Freedom – The First Decade of Independent Czech Theatre after 1989), outside its headquarters at Celetná 17. The exhibition also includes objects located in 11 other Prague theatres. Prague’s Drama Club will present a staged reading of Havel’s play Protest. The National Theatre has prepared a themed walk with the subtitle Podoby svobody v Anenském areálu (Representations of Freedom in the St. Anne’s Area) as well as backstage tours of Lanterna Magika. Prague’s Komedie Theatre is preparing an exhibition titled Divadlo a revoluce – První týdny sametové revoluce v českých a moravských divadlech (Theatre and Freedom - The First Weeks of the Velvet Revolution in Czech and Moravian Theatres) and will also host Sametová divadla (Velvet Theatres), a discussion with Libor Vodička and Bára Štěpánová. Theatre NoD’s contribution to Theatre Night includes a staged reading of Temná strana síly (The Dark Side of Power), Maso Theatre’s production Všechno, co v nás zkurvili komunisti (Everything the Communists Fucked Up in Us) and Demokracie není bordel (Democracy Is Not a Brothel), a special improvisation by the 11:55 company. From 18:00, Ponec Theatre will offer a moderated discussion on the topic Známe cenu svobody?! (Do We Know the Price of Freedom?!), followed by the book launch, at 20:00, of Sto studentských evolucí - Studentská generace z roku 1989 z časosběrné perspektivy (2017-2019) (One Hundred Student Evolutions - The Student Generation of 1989 from a Time-lapse Perspective). Theatre on the Balustrade has prepared a staged reading titled Nad dopisy diváků od roku 1989 po současnost (Spectators’ Letters from 1989 to the Present). Actors will read excerpts from anonymous letters sent to the theatre in late 1989, which overflow with hatred, anger and a lack of culture. At 20:00, Theatre Kámen will present OK plus F, a Frankenstein story that addresses the freedom of creation and the (dis)illusions that we experience in the theatre and in everyday life. After the performance, the audience may take part in the debate Svoboda (divadelního) umělce v současném Česku (The Freedom of (Theatre) Artists in the Czech Republic Today) alongside guest sociologists.

In some venues, theatre night traditionally begins in the afternoon with a program for families with children. This year’s programming includes the Zvoneček Puppet Theatre, which will host a scavenger hunt from 11:00, followed by performances of the fairytale Bajaja at 14:00 and 15:30. The National Theatre is also offering workshops as part of its program of backstage tours. Families can look forward to the creative workshop Můj divadelní deník (My Theatre Diary) from 12:00 and 13:00 or Svoboda slova (?) (Freedom of Speech?), a workshop focused on work with text and running at 18:00, 19:00 and 20:00. ATI has prepared Svoboda: Dá se to jíst? (Freedom: Can We Eat It?), a playful scavenger hunt for children and parents, which will run from 14:00 to 17:00. An animation workshop with instructor Jitka Petrášová will also be included, where children can try their hand at making short videos using stop-motion animation techniques. At 18:00, Palác Akropolis will present the family performance Podvraťáci (The Mutts). This new work from Spitfire Company tells the thrilling story of an unusual friendship between a boy and a dog, who band together to fight the Chinese secret police. Theatre Toy Machine will present the puppet fairytale O velikém čaroději (The Great Wizard) at the Municipal Library of Prague. Empire of Puppets Theatre will present the fairytale Johan Doktor Faust at 20:00. After the performance, interested spectators can visit the theatre’s backstage and learn about its hundred-year history.

Demonstration in Letná included in the Theatre Night program

The concurrence of Theatre Night with Saturday’s demonstration Letná znovu za demokracii (Letná Again for Democracy), organised by the association Million Moments for Democracy, offered theatres an opportunity and also posed the question of how to comment on the current social situation. “A number of theatre artists will directly participate in the demonstration. Many theatres have accommodated the demonstration by confining their programs to the evening hours. However, Theatre Night remains a platform open to all opinions and positions, and is, first and foremost, an opportunity for artists to have a direct encounter with their spectators. During Theatre Night, the auditorium becomes the stage and the stage the auditorium - the border between them disappears, just as it did thirty years ago. In this way, Czech theatre shows that it remains a space for democratic dialogue,” states the coordinator of Theatre Night, the Arts and Theatre Institute, in an announcement on their website at www.idu.cz. As a result, the organisers of the demonstration have decided to register themselves as part of the Theatre Night program.

Program and reservation details for participating theatres are available at www.nocdivadel.cz. 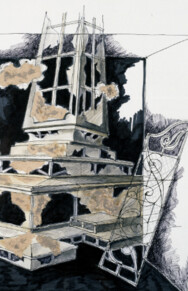 The ATI publishes the monograph of Ivo Žídek, the stage designer

The Arts and Theatre Institute has published the Czech and English monograph dedicated to the stage designer Ivo Žídek. This is the occasion for the ATI to prepare the book launch and opening of the exhibition Ivo Žídek. The 11th book in the Czech Scenography Figures edition was prepared by Helena Albertová.

Theatre Night celebrates the 30th anniversary of the Velvet Revolution

The third Saturday in November will once more see the biggest theatrical celebration of the year. The seventh edition of Theatre Night - this time with the theme “Theatre and Freedom” - will take place on 16 November 2019, on the eve of the 30th Anniversary of the Velvet Revolution. More than 100 theatres,...