The ATI publishes the monograph of Ivo Žídek, the stage designer 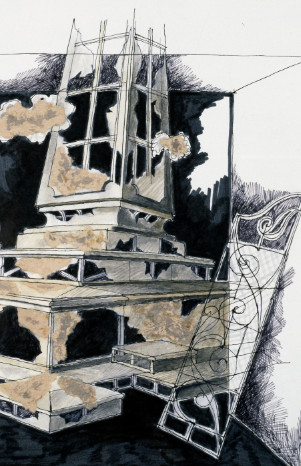 The Arts and Theatre Institute has published the Czech and English monograph dedicated to the stage designer Ivo Žídek. This is the occasion for the ATI to prepare the book launch and opening of the exhibition Ivo Žídek. The 11th book in the Czech Scenography Figures edition was prepared by Helena Albertová.

“Žídek’s designs only prove his education as an architect: colorized and detailed pen-and-ink drawings unobtrusively provide each production with adequate features, the director and actors are provided with accurate and inspiring environment,” says Helena Albertová about Žídek’s work. The book chronologically reviews Žídek’s professional career, during which he has dealt not only with stage design, but costume design as well.

Ivo Žídek was born in 1948, studied stage design at DAMU in František Tröster’s studio and at UMPRUM in Josef Svoboda’s studio. In 1979 – 1984 he worked in the Zdeněk Nejedlý State Theatre in Ústí nad Labem and the Drama Club. He also experienced an important part of the career there as the small theatre was in the center of attention due to the daring dramaturgy, directing and a company of young and talented actors. He started to cooperate with director Ivan Rajmont and costume designer Irena Greifová (the productions of Goldoniad, Contemporary Dancers, Images from History, Zoyka’s Flat, Heda Gabler, and others). The Music Theatre in Karlín was the place where he found the permanent partner in director Petr Novotný (Gypsies Are Found Near Heaven, Some Like It Hot, My Fair Lady, etc.). In the late 1980s, Ivan Rajmont brought him to the Theatre on the Balustrade in Prague (The Tartar Fair, Caligula), in 1989 – 1993 he worked with director Jan Grossman on the essential productions in this period (Don Juan, Largo Desolato, Temptation). In 1990 – 1994, he was the permanent stage designer in the National Theatre in Prague, he worked mostly with Ivan Rajmont and Miroslav Krobot. In 1989 he met director Lída Engelová; they worked on French comedies and they have worked on chamber productions in the Viola Theatre in Prague. 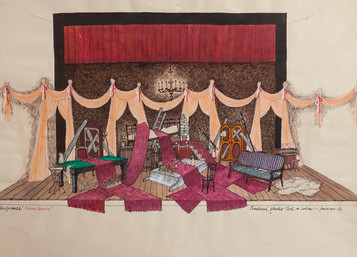 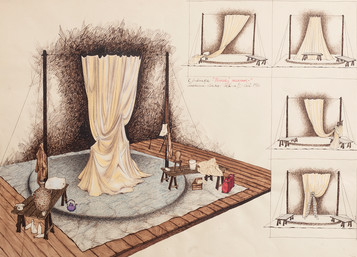 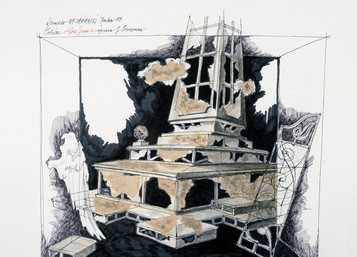 Prague’s Theatre Night to take place in more than 45 locations on Saturday, 16 November

A backstage tour of Lanterna Magika, a family scavenger hunt at ATI, the exhibition Theatre and Revolution at Komedie Theatre, an encounter with the actors of Theatre Ypsilon, a discussion titled Do We Know the Prince of Freedom?! in Ponec Theatre, a staged reading of spectators’ letters in Theatre on the Balustrade...