The ATI remembers 60 years since its foundation and 30 years since the Velvet Revolution. The autumn programme will focus on Theatre and Freedom

Before the fall of the Iron Curtain, the Theatre Institute provided one of few opportunities to meet artists and professionals from both parts of the divided world at the Prague Quadrennial (founded in 1967), the most important event of performance, scenography and theatre architecture. The ATI was also the initiator and the founder of the International Organization of Scenographers, Theatre Architects and Technicians OISTAT in 1968, as well as the seat of its general secretariat until 1993.

After the changes in 1989, the Theatre Institute began to be engaged in international networks and activities, which are favorable to new professional needs and exchange of contacts, information and experience in arts mobility, artists’ and cultural workers’ professional growth, documentation of theatre or regional cooperation. This year and last year were lined by the celebration of the 70th anniversary of the International Theatre Institute (ITI) and the 90th anniversary of UNIMA (International Puppetry Association) foundation, which are important professional organizations associated with UNESCO, both having been founded in Prague.

Another significant network is ENICPA (European Network of Information Centres for Performing Arts), which associates representatives of important informational and documentation institutions from 16 European countries. The ATI will host the plenary session of its members this October (21-22). The agenda is exchange and sharing of know-how, experience and methods in documentation, promotion and research of performing arts. The meeting takes place in various member institutions, thus this year’s session in Prague is a good opportunity to remember the sixty-year tradition of the ATI in the international context as well. ENICPA sessions highlight various topics associated with activities of member institutions. This year’s topic is Mobility vs. Sustainability. Environmental and Social Issues Related to Production and Mobility in Performance Arts, which will also discuss experience and methods in everyday practice of documentation centers.

The ATI has systematically dealt with the topic of sustainable mobility. One of the opportunities was the conference Focal Point: Culture of Mobility in the Time of Climate Change which took place in spring this year at the occasion of the On the Move plenary session in Prague.

The second topic of the ENICPA autumn meeting will be Sharing and Publishing Information as Open Data, which is becoming more and more important in development and technology availability and brings new qualities and possibilities to documentation work.

The meeting is followed by the international conference Theatre and Freedom: Paradigm Shift(s) in the Independent Theatre Culture in Europe after 1989, where experts from Central, Eastern and Western Europe will have their speeches. The partners of the conference are – apart from the ENICPA network – the Department of Alternative and Puppet Theatre AMU, Association of Independent Theatres CR and Palm Off Fest – the international meeting of Central European Theatres. The conference takes place on October 23-24 in Studio Hrdinů and DISK Theatre and focuses on independent theatre as a platform for attempts for their implementation of not only aesthetic and artistic, but also social and political innovations. Other parts of the Arts and Theatre Institute’s programme in autumn will be in the spirit of Theatre and Freedom. The eponymous exhibition will be showcased at the ATI seat and other 12 theatres in Prague and will present the 1990s through the eyes of more than 50 figures associated with independent Czechoslovak and Czech theatre. The renewed version of the exhibition THEATRE AND REVOLUTION – First Weeks of the Velvet Revolution in Czech and Moravian Theatres, which the ATI prepared for the 20th anniversary of the Velvet Revolution, will be exhibited in Komedie Theatre. Both exhibitions are part of this year’s Theatre Night, which takes place on November 16 and features the topic Theatre and Freedom as well. Theatres and cultural centers will host the theatre holiday coordinated by the ATI, which is also an opportunity to think about the value of freedom before 1989, in the 1990s and at present. 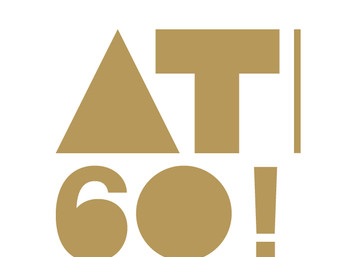 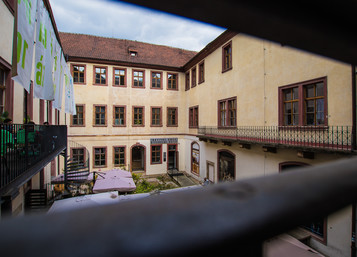 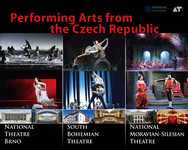 Representatives of Czech ballet, opera, drama, and contemporary circus will present Czech performing arts at world-famous important events in October. The delegation representing the main multi-company theatres in the Czech Republic will travel to Seoul, South Korea in a few days. The opportunity to establish and...

The Czech cultural community has joined today’s Global Climate Strike as well. In their speech at the Old Town Square in Prague, the ATI representatives said that arts and culture have the outstanding quality to approach their audiences though productions, exhibitions and performances.