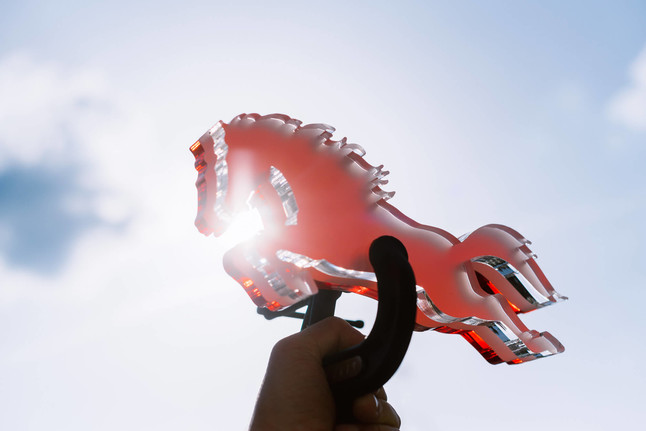 On Tuesday, 11 June at the Prague Exhibition Grounds, the awards for the Prague Quadrennial 2019 were presented to this year's winners. The international jury awarded the Golden Triga for best exposition to the Republic of North Macedonia and their project This Building Truly Talks. The jury voted in a wide range of categories, including exhibition experience, most promising student talent, best curatorial concept or the life achievement award – a total of 28 prizes. The Prague Quadrennial 2019 jury consisted of Dorita Hannah, Tim Foster, Jim Clayburgh, Liu Xinglin, Sofia Pantouvaki, Robert Kaplowitz, Yaron Abulafia, Sodja Lotker, Omar Rajeh, Monica Raya and Kate Bailey. The architect of PQ 2019 Petr Bakoš designed the award. According to the PQ statute, the prizes are awarded by the Minister of Culture of the Czech Republic at the recommendation of the international jury, except for the PQ Children's Award, which is awarded directly by child audiences.

Prize for Best Exhibition in the Exhibition of Countries and Regions: France, Catalonia, Hungary

Award for Best Curatorial Concept of an Exhibit: Latvia

Award for Collaborative Realization of an Exhibit: Chile

The world’s largest international festival of theatre and performance design, held every four years in the Czech capital, is entering its final weekend. Don’t miss one of PQ’s most distinctive projects, which has transformed the entire Small Sports Hall at the Prague Exhibition Grounds into a place where art...

Czech performances at the Prague Quadrennial: Extraterrestrials, a Spartakiad, and an unusual travel agency

From 6 to 16 June at the Prague Exhibition Grounds, the Prague Quadrennial of Performance Design and Space presents exhibitions, projects, and performances from 79 countries, and the Czech Republic is a strong part of it all. On Štvanice Island, as part of the festival’s main competition section, the Exhibition...