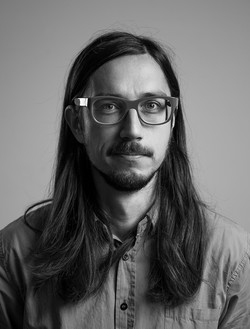 Viktor Debnár is a cultural manager and editor. Since 2015 he has worked at the Arts Institute (literature, editor of the website Culturenet.cz for professionals in culture, Creative Europe Desk – Culture). In 2011–2015 he was a member of the team of the scientific and research project Mapping of Cultural and Creative Industries in the Czech Republic and author of the thematic analysis Mobility Programs (2005) for the Concept of More Effective Support of the Arts 2007−2013. He is the co-author of the successful application for Prague − UNESCO City of Literature (2013/2014). Since 2003 he has worked with the samizdat and exile literature library Libri prohibiti.

2017–present member of the commission at the Ministry of Culture for the support of literature projects (events, periodicals)

2014−present member of the ATI Committee for Short-Term Mobility

2014−present member of the Science, Research and Publishing Council of the Arts Institute

2013–2016 member of the Czech Centers Dramaturgy Board for Literature