Pavla Petrová: I believe that our culture can survive 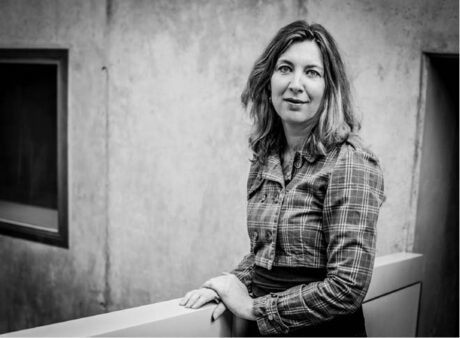 Minister of Culture Lubomír Zaorálek charged the Arts and Theatre Institute (ATI) with mapping the impact of the emergency measures connected with COVID-19 on the fields of theatre, music, fine art, literature, etc. We asked ATI’s director Pavla Petrová about the details of this unexpected, rapid response research.

How did it come about?

It happened spontaneously, after a meeting between the Minister and directors of the Ministry’s contributory organisations where forecast losses were first discussed. I noted that the greatest losses were going to be in the nonprofit sector, which isn’t connected to any public funding. I offered that we could map the situation. The Minister agreed and charged us with the task.

When did you start?

Right away! We created a questionnaire and from Thursday 12 to Monday 16 March, we conducted research. We were finishing as quarantine began.

How did you distribute the questionnaire?

What about people and institutions outside of any sort of structure?

We tried to reach everyone, via different channels - to the self-employed, with or without trade licenses. That’s why we sent the questionnaire to the press. By the end of the investigation, we had 532 responses, but even then people were sending emails or calling because they were afraid they would lose the possibility to have their losses compensated. The ministry would not have been able to access such extensive information from the under-recorded cultural sector by any other means.

Did the research only concern theatre?

We opened it to all the fields that we look after: the performing arts including music, dance and to some extent also fine art and literature. But the questionnaire was also completed by the Association of Cinema Operators, moderators and translators. And other professions from the field of performing arts, sound and lighting technicians, set makers and others. The data has been willingly provided by a variety of people working in cultural and creative environments that fall outside of any system and are largely unknown because they are trying to make up for a deficit in income. This concerns both the commercial and non-commercial sectors. These circumstances have created a unique opportunity to establish the size and potential of the whole field.

Yes, often entire permanent teams, the estimate is more than 70% of people from the field of culture in different professions. Even amateur groups responded to the survey, which is very difficult because amateurs are understandably the last in line. If these groups disappear because of the quarantine, it would be a terrible shame.

Which disciplines are most at risk?

The research shows that the music sector faces the largest threat, particularly the field of contemporary or alternative music, which has survived without any kind of public funding since 1989 and is now simply paralysed. Theatre is next, followed by dance and contemporary circus.

Do the contributory organisation have it better?

Organisations with permanent staff also have problems. City-subsided organisations were already in a complicated position with the Program of State Support for Professional Theatres when they did not get the increase they expected to cover the statutory rise in salaries. Now this situation has become more dramatic, as there is no compliance with the limits on jobs either. Nor is it possible to retain independent contractors, as we see from the example of Lanterna Magika. The State Opera’s ballet ensemble is entirely made up of freelance artists and these people now lack any support whatsoever.

Does the National Theatre need so many freelancers?

According to Jan Burian, the National Theatre hires 7000 freelancers annually. Some may work only two hours, others replace full-time employees. Some soloists and actors refuse the status of employee so that they can work in other theatres. The majority of people in the independent sector don’t just have a single longterm position, they regularly combine different jobs - the entire sector is intertwined in commercial and non-commercial projects. Employees of contributory organisations, freelancers and workers on different types of contracts work side-by-side in this mixed-up world.

Who is most at risk?

The ATI survey shows that the generation that has spent essentially the whole of their post-revolution professional lives as freelancers, paying the minimum health and social insurance deposits and navigating the system to end up with minimal income is a ticking time bomb. I expect it will explode when this generation retires and now we’re faced with something that no one knows how to handle.

What can ATI offer concretely now?

Right now we are working from home, gathering information and making it available to the Ministry of Culture. We’re doing research, getting in touch with our colleagues abroad. We’ve started an electronic newsletter, Culture in Quarantine, that offers information on specific measures, like the deferral of payments on mortgages and consumer loans.

What information are you receiving from abroad?

The situation is also gradually worsening in other countries. Everything is closed, as it is here, even though many tried to keep at least limited operation going until the last possible minute. We all know that the most important question still to come: When everything reopens, will there still be interest in culture? Will spectators come back to auditoriums? Will there still be any international projects at all?

That’s the question, what’s going to happen next?

I think that the world is simply changing. I think it’s good that virtual communication is speeding up. But we have older segments of society that aren’t fully used to communicating on social networks and using live streams. So the question is to what extent will these tools be accessible to different demographics? And what does this mean for the future? For example, Cirque du Soleil, the biggest performing arts factory in the world, has already let all its workers go. And that’s only one of many companies. Similarly, we’re going to see the cancellation of large festivals, including music festivals. This will lead to huge losses and not only the financial ones, which will run into the hundreds of millions in this country; we predict some jobs could be lost for good.

We won’t let you fall, the Minister of Culture promised at a press conference.

Lubomír Zaorálek means those words seriously, but we know that culture was close to the end of the line in terms of the government’s interests. Luckily we have a capable minister in the fight, who is advocating for culture as part of the prepared government package to help those most affected. The Ministry is also looking to use its own resources to directly support artists who are neither self-employed nor employed elsewhere. I can confirm that the Ministry is not only thinking about its own contributory organisations, but also about organisations established by cities and regions, as well as the huge independent culture sector, both commercial and non-commercial. It’s a wide spectrum of activities that makes sense as a whole; if any part of it drops out, it will be a problem. For example, a lot of dancers, musicians, singers and other professionals sustain themselves through work in commercial musicals, which allow them to survive - and that was the situation before coronavirus. The government is currently discussing large numbers in the national budget for 2021, which will be decisive.

Any optimistic words in closing?

I believe that our culture is very creative and can survive in much more modest conditions that those abroad. This was already demonstrated by the financial crisis of 2009 - culture sectors in Western Europe weren’t prepared for the cuts, whereas we’ve been accustomed to existing in uncertain financial circumstances since 1989. We’ve gotten used to reacting with resilience and creativity. But this time we can’t do it without financial assistance from the state. I also firmly hope that society will not lose interest in the arts and culture, even in this difficult situation.

An overview of European umbrella organizations and networks that are monitoring the impact of the COVID-19 pandemic on the cultural sector.

Culture in Quarantine // The Fourth Edition

In our fourth special newsletter we discuss the emergence of a research methodology for mapping losses in the cultural sector in which IDU participates together with VŠE and AMU. We also present an overview of new measures of the MIT and the MLSA aimed at mitigating the economic impacts of extraordinary government...