Mapping the Impact of the Ministry of Health’s Extraordinary Measures on the Czech Independent Arts Sector: A Summary 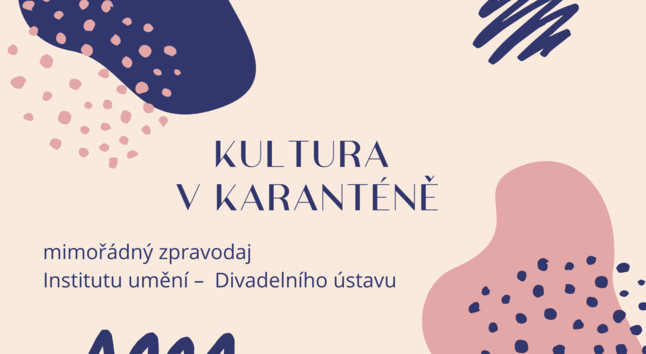 Data was collected from 12:00 on 12 March 2020 to 13:00 on 16 March 2020 via a research questionnaire. The questionnaire was addressed to representatives of umbrella organisations, professional associations and individuals. Its emphasis was also to establish the current situation of subjects, individual artists and other professionals that work in the independent arts scene and are not part of larger organisations. While collecting the data, ATI collaborated with other organisations and media currently carrying out their own research, in order to avoid duplication of data.

It must be emphasised that the government’s measures changed during the period of data collection. As of 12 March 2020 events with fewer than 100 participants were permitted; by 16 March 2020, individuals’ freedom of moment had been limited.

Who completed the survey?

In total, the questionnaire was completed by 532 subjects across the cultural sector. Further comments and provisional estimates were also sent through separate statements and opinions. According to the replies received, the most negatively impacted fields are the performing arts disciplines, led by music (44.3 %) followed by theatre (21.1 %) and dance and contemporary circus (6.4 %).

Distribution of respondents according to individual fields

Basic needs for cross-disciplinary measures have been established and can be divided into four categories:

1. The classic, existing selective grant systems operated by the state or by cities:

3. Compensation or other financial support in connection with cancelled activities.

Organisations: compensation of recorded income or a portion thereof for the same period last year, or, alternatively, compensation in whole or in part of profits projected according to recorded contracts and other documents.

The creation of a relief fund within culture - or alternatively in collaboration with the public and private sectors. 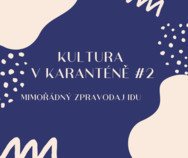 Our next newsletter has brought you proposals for the first structural measures related to independent arts, tips for platforms for sharing job offers and demands, overviews of online streaming of performances and concerts, virtual gallery tours and other creative procedures, proving the power and creativity of the...