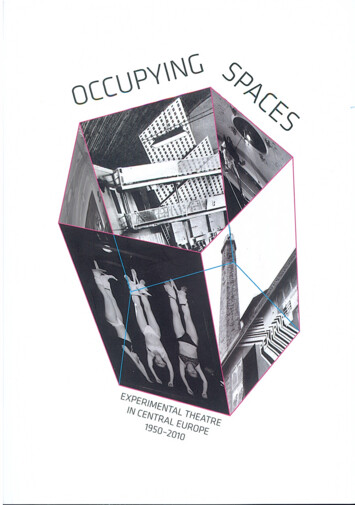 As part of the TACE project, a symposium was held between 27 and 29 October 2009 in Ljubljana, dedicated to the experimental theatre between 1945 and 2000, with a special focus on the spaces occupied by experimental theatres, or rather, the "occupying" of non-theatrical spaces, thus urbanising and socialising them.